September, La Rentrée, Back to school! 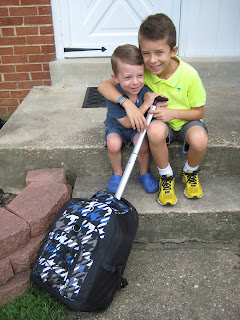 Tuesday was back to school for Alex.  He is in second grade (CE1, cours élémentaire), at Lycée Rochambeau.  He was very excited to see his friends from last year and meet some new ones.  Not much else to report.  We'll spend the next week getting back into the groove of things. 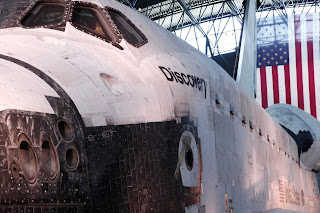 Labor Day Weekend
We spent the weekend in DC, and for some reason ended up being where lots of folks were - Baltimore for some good Italian and then Port Discovery, but we didn't realize it was the Grand Prix.  Then on Sunday we went to the Air and Space Museum which apparently everyone else decided to do since it was hot and humid.  Alex's friend Frank-Eli came with us.  Lots of running around the massive museum and some cool airplanes.